La Madre de los Pobres is a non-profit charity established in 1982 by the late Franciscan Father Alfred Boeddeker, founder of San Francisco’s famed St. Anthony’s Dining Room. His dream was to “feed to poor of all faiths worldwide – their bodies and their souls.”

Dr. Francis Curry served as Director of the San Francisco Department of Public Health. He helped found the Saint Anthony medical clinic to support the poor and homeless and later served as volunteer director. Dr. Curry, also a founding member of La Madre, brought his concern for community health.

In their careers with the US Department of Health Education and Welfare, board members Frank Clark and Bob Fouts had expertise in communications and refugee relief services to Africa with the Rescue Now agency.

Based out of the San Francisco Bay Area, La Madre De Los Pobres is a 501(c)(3) charity organization.

For 40 years, La Madre has woven service and experience together to find and deliver resources to thousands of people in 32+ countries. 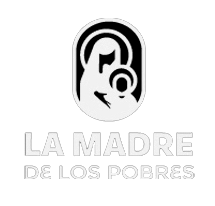 A humanitarian organization dedicated to helping the poor, sick, and hungry. Currently serving 32+ countries worldwide. Join us in helping today.